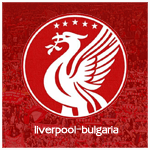 Top Posters In This Topic

С това негово изказване вече ме спечели:     Vestergaard after the Everton win:   “It was a massive, massive win against the current league leaders. However, I just wanted to say we dedicated this cle